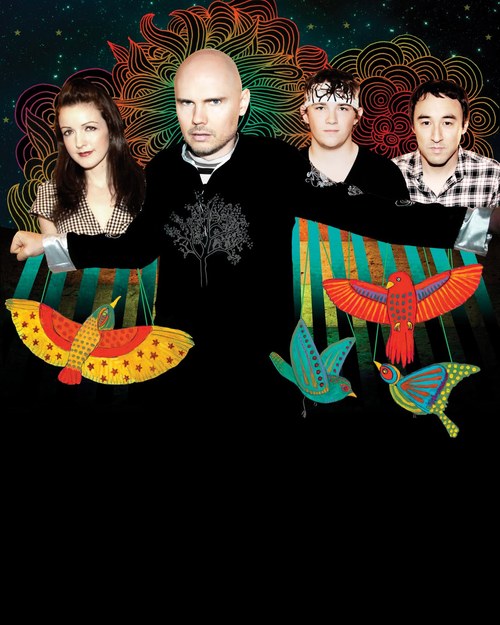 Produced by THE SMASHING PUMPKINS' frontman Billy Corgan,"Oceania" is an intense and dynamic offering that will appeal tonew and existing fans of THE SMASHING PUMPKINS alike. "Oceania",the band's seventh studio record, is "an album within an album,"part of their 44-song work-in-progress "Teargarden ByKaleidyscope".

Peter Katsis, manager of SMASHING PUMPKINS for Prospect Park,stated: "THE SMASHING PUMPKINS created 'Oceania' as an albumexperience, and it is intended for the process of the release tofollow a path of inclusion, so that best efforts are made for allthe fans hear it at the same time as press or radio. We wereexcited to find partners in EMI Label Services that were equallypassionate about the plan for the album release as well as beinghuge fans of the PUMPKINS."

The album is the band's first recorded effort with theirnew line-up, which now features Mike Byrne on drums, NicoleFiorentino on bass and Jeff Schroeder on guitar.

Fan-filmed video footage of THE SMASHING PUMPKINS performingvarious tracks from "Oceania" during their fall 2011 tour can beseen below.