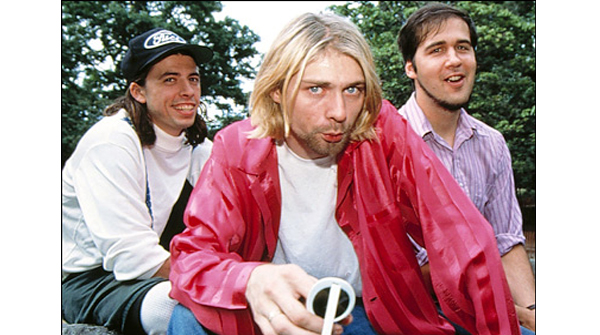 The bass guitar featured in Nirvana'siconic 1991 music video for breakout grunge hit 'Smells LikeTeen Spirit' is set to be auctioned.

The instrument is a Zen-On bass guitar which bassist KristNovoselic purchased from a pawn shop prior to the shootas he knew it was set be smashed to pieces.

The remnants of the bass will be sold by Christie's in London onNovember the 29th at a special entertainment memorabilia auctionwhich also includes Indiana Jones's whip and the Holy Grail used inthe Last Crusade film. Other musical artefacts on offer include BobDylan's high school yearbook complete with a personal messagewritten by himself.

The body of the guitar was salvaged by one of the extras in themusic video, which featured the band playing an impromptu gig infront of a teenage audience in a dark moody space flanked byblack-clad cheerleaders.

The smashed bass guitar from Nirvana's'Smells Like Teen Spirit' video.