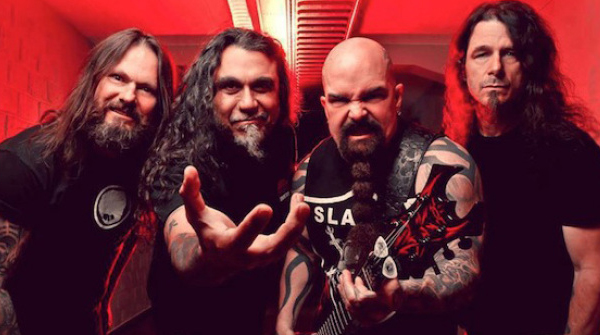 The band ended their near 30 year relationship with Rick Rubin's American Recordings, which kicked off in 1986 with release of 'Reign In Blood', due to hold-ups which, according to Kerry King, was down to Rubin.

Prior to the death of co-founder Hanneman last year, King had reportedly said:

“The hold-up now, as with everything we ever do, it seems like Rick Rubin changes distributors. We’re left in limbo until he lands somewhere.”

With Slayer frontman Tom Araya recently saying: “Rick has played a huge role in our career – we've made some great albums with him.

“But today is a new day. Record companies don't play the kind of role they once did, and we really like the idea of going out on our own, connecting directly with our fans; and Nuclear Blast is fired up about taking on that challenge with us.”

The band are on course to complete studio duties this year, after an appearance at Sonisphere in July.