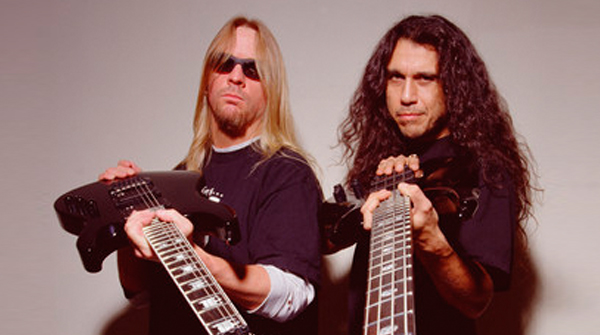 In 2013, Slayer guitarist Jeff Hanneman died after suffering liver failure following a number of health issues brought on by years of hard living. As the rock & metal world mourned the loss of one of its most unassuming guitar icons, the band lost its co-founder.

Frontman and bassists, Tom Araya is still struggling to come to terms with Hannerman's death as the band look to finish recording their first studio album without him.

“The whole process of his album started three years ago, when Jeff was still a part of it. The track was completely done, except we hadn’t finalised the vocals for it. So we’re fortunate to have something he had participated in.”

Araya reflects: “Ever since Jeff’s passing it’s been just odd and strange – because he’s never going to be there again, you know?

“Even when we were doing stuff without him while he was still alive, that felt strange. I missed him during the process. But the way things turned out, I think he was definitely a part of it, even if he wasn’t there physically.”

The as-yet untitled new album is expected later this year.