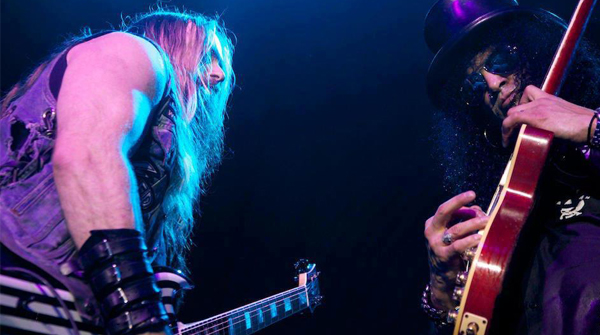 Slash was joined on stage for an extended bluesjams this past weekend (17th Nov) by Black LabelSociety axeman Zakk Wylde, who alsoopened the concert.

The pair took the stage together at Estadio Cubierto MalvinasArgentinas in Buenos Aires along with Slash'scurrent touring band Myles Kennedy & TheConspirators for the impromptu jam.

The pair later took to Twitter to thank each other:

"Many thanks to Zakk for jamming w/us tonight. It was anhonor & a privilege," tweeted Slash.