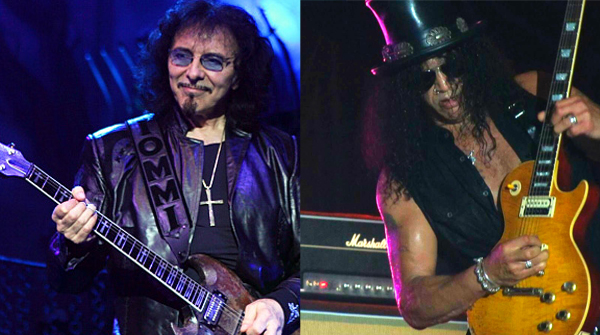 Black Sabbath's Tony Iommi has been nominated by Slash to receive the Pride Of Birmingham Award.

Slash, who has always displayed an unyielding admiration for Iommi and his work with Sabbath told Midlands based newspaper, The Midlands Mail (via HenneMusic):

“Tony is one of those guys who inspires everyone. I was brought up on Black Sabbath and he is one of the best rock and roll guitarists out there. As a fellow player, I can really appreciate all the nuances of his technique – he is one hell of a guitar player.”

“This is the man who invented heavy metal in Birmingham and created Sabbath, a brand nobody can touch,” he added.

“Everyone you meet in rock circles will tell you that they were inspired by Black Sabbath and the band’s influence is immeasurable. Besides which, Tony is a great guy and we’ve met on a number of occasions. There’s just no stopping him. He comes down with lymphoma and what does he do? Reform Sabbath and do a world tour. He really is the Pride of Birmingham and he deserves a f******g medal.”

The Pride of Birmingham Awards will take place on September 26th at the Birmingham Town Hall with Tony Iommi already confirmed as one of the presenters.