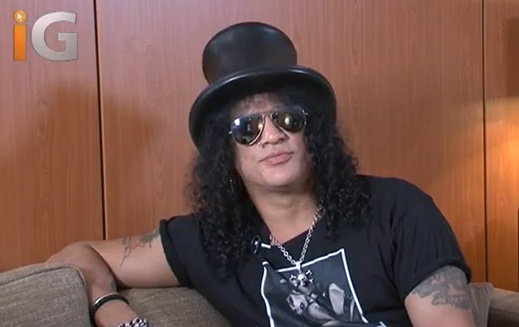 Slash will return to the UK in October 2012 for a series ofheadline shows in support of his new album, 'ApocalypticLove.'

The recent announcement follows the ex-Guns N' Roses guitarist'ssold out date at the Hammersmith Apollo along with his epicperformance at this year's Download Festival.

'Apocalyptic Love' features Slash and his bandmates Myles Kennedyand The Conspirators -- Myles Kennedy (vocals), Brent Fitz (drums)and Todd Kerns (bass). The album was released on Slash's own labelDikHayd International in the US and via Roadrunner Records inEurope, Middle East, and Africa.

Have you checked out the latestIssue (#11) of iGuitar yet? We met with the man and the legend,Slash for an exclusive interview to discuss all things guitarbased. Head to www.iguitarmag.com and subscribe forfree.