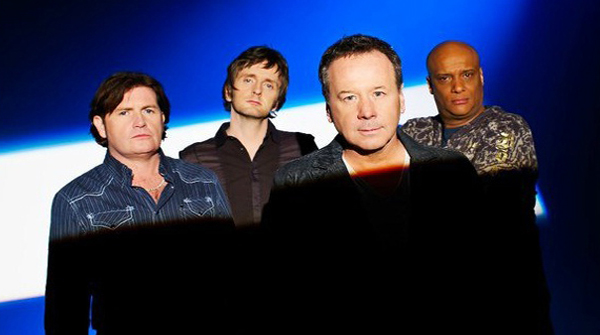 A new live album from Simple Minds has beenannounced with the Scottish outfit currently putting the finishingtouches to the new double-CD, reports Slicing Up Eyeballs.

The new live album project has been compiled from this thisyear's '5x5 Live' European tour which saw them each nightperforming five songs off of each of their first five albums'Life In A Day', 'Real ToReal Cacophony', 'Empires andDance', 'Sons and Fascination/SisterFeelings Calling' and 'New GoldDream' (81, 82, 83, 84).

As of yet the only details the band have revealed were via theirofficial Facebook fanpage,which said:

'Spent last night listening to GG's final mixes, what a finejob he did. Anyone who liked the 5×5 shows is bound to appreciatethis soon to be released collection. For those who could catch notthe shows, this collection taken from various shows in a handful ofcities will let you hear what went on. Hope you likeit.'

There is still no scheduled release date, however a listing onGermany's Amazon.de states thata 2CD album called '5X5 Ltd' is due onNov.19.