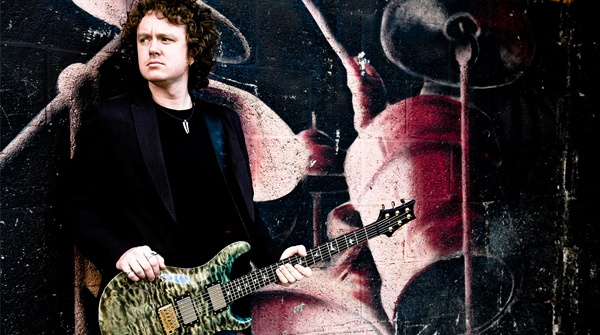 With one of his songs exceeding one million streams on Spotify, Belfast blues-rocker and uber guitarist Simon McBride returns to mainland UK for two shows in November after a year-long break. He plays London at the O2 Academy in Islington on Friday, November 27 followed by a show at the Raven Hall in Corby Northants on November 28.

Since last bringing his band to London McBride has recorded and toured with Deep Purple’s Don Airey, including a tribute to the late Gary Moore with whom Airey played for a number of years.

Often compared with the leading lights of guitar-focused rock (“right up there with Al Di Meola, Carlos Santana, Joe Bonamassa and others . . . . yes, it’s that good!” Music News, Nashville), McBride has been the toast of the guitar and rock media since emerging on the scene supporting artists such as Joe Satriani and Jeff Beck. His most recent album Crossing The Line was a Classic Rock annual pick. His song Don’t Be A Fool has notched-up more than one million streams on Spotify.

At the London show McBride will be supported by emerging band Sweet Crisis, described by Classic Rock magazine as “an edgy slab of classic rock” and gaining five stars for their debut single.