SHVPES ANNOUNCE SECOND STUDIO ALBUM, GREATER THAN, DUE FOR RELEASE ON 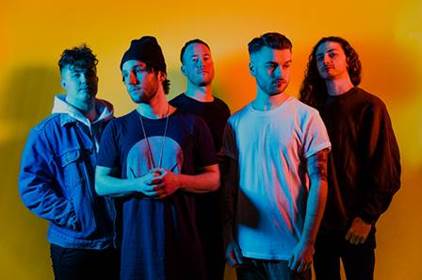 SHVPES ANNOUNCE SECOND STUDIO ALBUM, GREATER THAN, DUE FOR

RELEASE ON NOVEMBER 9th VIA SEARCH AND DESTROY/ SPINEFARM RECORDS

+ BAND WILL APPEAR AT 2000 TREES FESTIVAL THIS THURSDAY

Shvpes (pronounced ‘Shapes’) will release their second studio album, Greater Than, on November 9th via Search and Destroy/ Spinefarm Records.

Having initially planned to run with three ‘mixtapes’ leading into the full record next year, the band have decided to bring the album forward, following an incredible fan response to first single “Undertones”, issuing it as a single body of work, to support an exciting autumn/winter touring schedule, details being confirmed.

“We’ve decided to bring you the full SHVPES experience this year with Album 2: 'Greater Than’ out on November 9th. We’re intensely proud of these tracks. We think they deserve to be experienced together in all of their glory. And we will have more to share with you very soon. We’re gutted to keep you guys in suspense, but we promise it’ll be worth the wait!” – SHVPES

Written in Snowdonia, Wales, and recorded at Treehouse Studios in Chesterfield with world renowned producer and Engineer, Jim Pinder (Bullet For My Valentine, Machine Head, While She Sleeps), Greater Than is truly genre-defying; combing hip-hop and metal, plus alternative rock and urban elements, this is heavy music for the adventurous and open-minded.

Says Shvpes vocalist, Griffin, “What we’ve created feels bold, and I’m not worried about people getting pissed off – they can take it or leave it. A lot of people are going to absolutely love it.”

Matt Heafy of Trivium – one of Shvpes’ biggest inspirations – collaborates on the song, “Rain”; but despite this being the most metal track on the album, Matt’s vocals, unpredictably, feature on the rap section...

“That just seemed like the perfect part,” says Griffin, “because we didn’t want to give him a screamy-shouty verse, we wanted to do something a bit different. We put about 10 takes of him on there, so we’ve got this vocal gang monster!”

Since releasing their highly-praised 2016 debut Pain. Joy. Ecstasy. Despair. Shvpes have been riding the wave of acclaim that rapidly attached itself to their name, touring Europe with some of the biggest bands in hard rock (Trivium, Bullet For My Valentine, Blessthefall) and appearing at festivals the world over. But in 2018, with Greater Than the band have truly arrived… 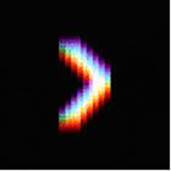