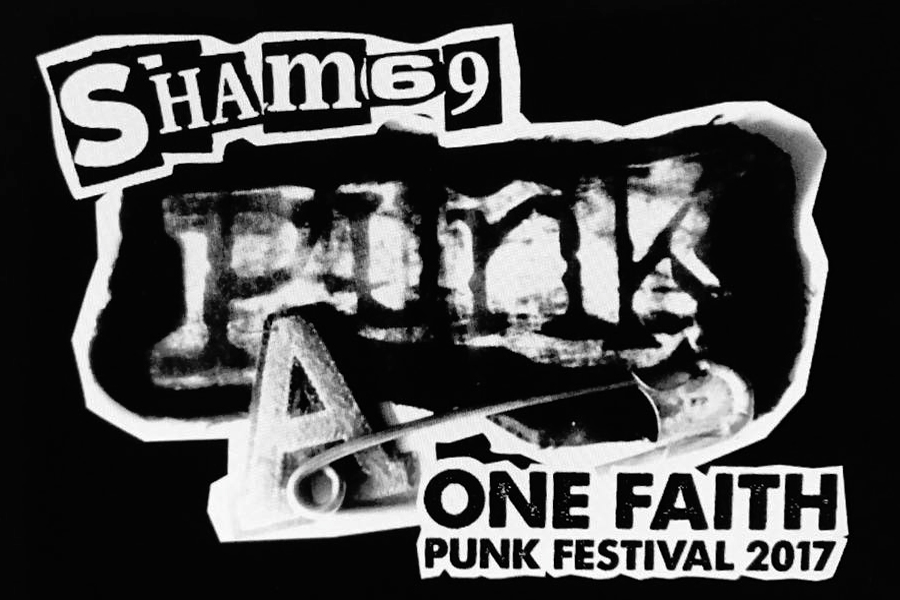 Punk icons Sham 69 are in the midst of hugely successful comeback. After a run of shows in 2016 which saw original members Jimmy Pursey, Dave Parsons and Dave Tregunna performing together again, the trio are looking forward to another busy year this year.

The musical landscape has changed dramatically since Sham first began 40 years ago whether it be in the way music is consumed with regards to digital or in the volume of music festivals which take place each and every year all over the world.

Throughout Sham's return to the live scene the band have found themselves performing at various festivals in the UK and this year they'll be headlining events in Spain and Germany. But one date which caught Gi's attention, and undoubtedly that of punk fans as well as Sham's ardent fanbase is the recently announced One Faith Punk Festival taking place at the Swindon MECA.

The one day event, with a lineup that has been curated by Sham themselves, will go ahead on May 20th and is set to feature an exciting mix of both established and new talent . Already announced for the event are Criminal Mind, Mick O'Toole, Dirt Royal, Rotten Foxes, Disruptive Influence, Hazard, Face Up  and Delinquents with more to yet be announced.

One Faith Festival will see Sham perform once again at the MECA which was played host to one of their most memorable shows of 2016 and in recent memory.

Lead singer Jimmy said of the show (via Swindon Advertiser):

"The thing that was special about the Swindon gig in November last year was the people – within the first seconds of taking to the stage in front of a thousand people you get a feeling of how the gig is going to go – and at Swindon there was just this great wave of positivity that washed over me. It felt like we were all part of one family, one faith. One of the reasons I agreed to headline the One Faith Festival.''

"The gig they played in November has now pretty much gone down into local folklore – it was an absolutely fantastic event and Sham 69 certainly lived up to their reputation. People as they left the gig were on such an emotional high."

For more information on the One Faith Festival visit www.onefaith.co.uk