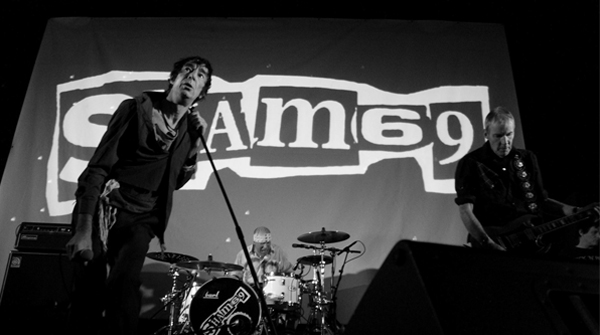 British punk icons Sham 69 have endured somewhat of rollercoaster career. After breaching the Top 20 of the UK singles chart no less than 5 times from their inception in 1975 until 1979, Sham forged the way for the punk rock sound with singles such as 'If the Kids Are United' & 'Hersham Boys' and classic albums like The Adventures of the Hersham Boys & Tell Us the Truth, amongst a slew of others.

After nearly 40 years of writing, performing and influencing everyone from Blur and Bush to newer acts such as Iceage and Towers of London, at the beginning of 2016, veteran frontman Jimmy Pursey announced the band's return featuring 3 of the original 4 members with Dave Parsons and Dave Treganna returning to the fold.

Since the turn of the year, Sham 69 have been touring the length and breadth of the UK tearing up dates and venues with us much panache and raw style as they did in the 70s. After already performing sold out shows in Manchester, Bristol, Sheffield, Edinburgh and Cardiff (to name but a few), Sham are now set to play O2 London's Forum in Kentish Town on 16th December with the U.K Subs for the final date the band's hugely successful year-long headline tour.

To purchase tickets for this event head here.