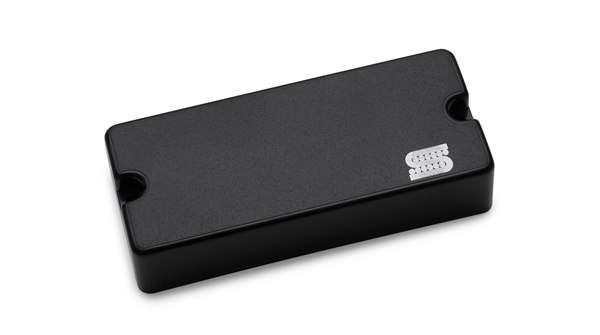 (PRESS RELEASE): The Retribution pickups were designed with Dino Cazares of Fear Factory and Divine Heresy to provide the essential attack, clarity and increased headroom that 7 and 8-string players like Dino have been asking for. They feature a specially tuned preamp with just the right amount of gain, enhanced attack definition and maximum string clarity. Like the standard Blackouts series and Mick Thomson EMTY Blackouts, they maintain an organic open sound that isn't sterile but instead is huge and powerful with a lower noise level and an increased dynamic response compared to other active pickups.

Dino Cazares says of the Retribution, "It has a richer tone that's more evenly voiced so the low string is not fighting with the high string. It's a very crunchy sound, great for low tunings. It has more articulation in the pick attack and the distortion has less unwanted noise and compression.”

These pickups were designed with extended range players in mind by maintaining definition on the low B and F# strings. The Retribution is the same pickup that is featured on the new Dino Cazares signature Ibanez DCM100 7-string.

Like the Blackouts active pickups series, Retribution comes with wiring schematics and all necessary mounting hardware including pots, stereo jack, and battery clip. They are available separately as neck and bridge models or as a complete calibrated set for 7 string guitars (passive and soapbar sized) and 8 string guitars (soapbar sized). Each Retribution is wound and assembled at the Seymour Duncan factory in Santa Barbara, California.