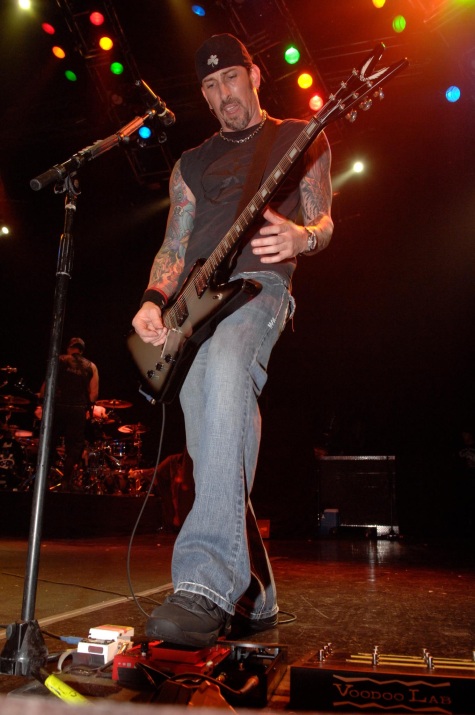 Projected guitarist John Connolly, who also plays in Sevendust, has shared the following in regard to his new band's debut album, due later this year:

"Mixing '12804', which is the song I wrote as my tribute to Dimebag Darrell. My daughter, Jordan who is 7, has declared the song a single! I guess I gotta agree. Probably my favorite song on the record..."

'12804' refers to December 8th 2004, the day PANTERA and DAMAGEPLAN guitarist Dimebag Darrell was shot and killed on stage at the Alrosa Villa in Columbus, Ohio.

Projected's debut release is expected to be made available later in the year.

The full line-up for Projected is: