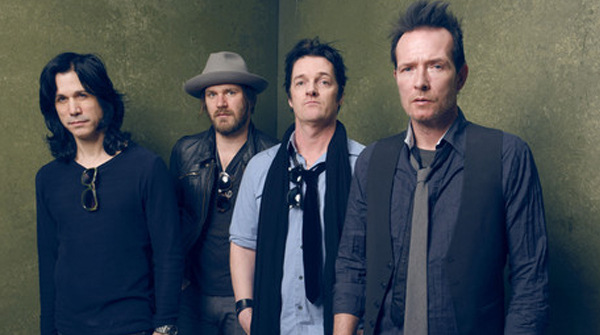 Jeremy Brown of Scott Weiland and the Wildabouts died on Monday at the young age of 34.

News of the tradegy broke following Weiland's announcement via Facebook. According to reports the band grew anxious when Brown failed to show for rehearsals. The group had been preparing to stage a release show for their new album, "Blaster", which is released today.

“I am in shock right now, everyone that knows him is devastated. It is a terrible loss that goes beyond words. He is one of my best friends, a truest friend and one of the most gifted guitar players that I’ve ever known. A true genius. It’s impossible to explain how much he will be missed and what a hole this will leave in our hearts.”

Aside from his role in Scott Weiland and the Wildabouts, Brown had been guitarist for Stone Temple Pilots for the last 7 years. The pair first collaborated in 2008 when the singer recorded his solo album "Happy" in Galoshes. Brown, along with Wildabouts bassist Tommy Black and drummer Danny Thompson, also accompanied Weiland on the road for the singer's Purple to the Core tour.