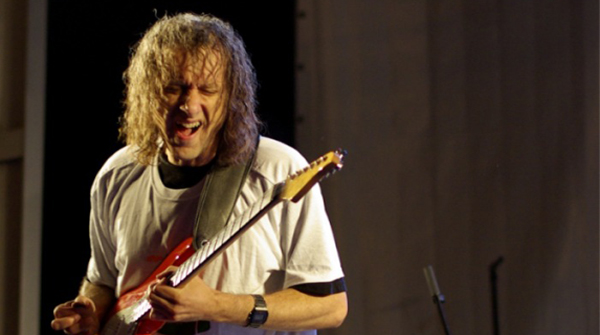 London's premier nightspot, Shaka Zulu, is proud to announce details of an exclusive ONE NIGHT ONLY appearance by the world-renowned American blues-jazz guitarist and composer, Scott Henderson, presented by Stevie Ray’s Sessions.

The acclaimed musician has been giving a series of remarkable performances worldwide. Now it's the turn of Londoners to hear just why Henderson has been voted “the best Jazz guitarist in the world”.

Scott Henderson and his band will perform an 'intimate yet explosive' set at Camden’s Shaka Zulu, as part of an international tour.

The performance will further cement Shaka Zulu's growing place in London as a premier venue for top class musicians.

Henderson first came to the spotlight as the original guitarist for the revolutionary Chick Corea Elektric Band. But he is best known for his work with the band Tribal Tech which he formed with bass player Gary Willis. They went on to become one of the most highly regarded fusion bands of the 1990's.

Scott Henderson's trademark is his beautiful tone and striking ability to blend Blues, Rock, Funk and Jazz, creating a soulful and unique 'voice' on his guitar. Last year, Henderson released his fusion trio album HBC with legendary bassist Jeff Berlin and drummer Dennis Chambers. He has also recently recorded solo Blues albums quite different in sound from his days with Tribal Tech.

When not touring, Scott Henderson is one of the few musicians who teaches at the Guitar Institute of Technology in California - one of the most sought after destinations for professional musicians.

“We are thrilled to add the Scott Henderson HBC Super Trio to our newly established Stevie Ray’s Sessions’ music nights here at Shaka. We have welcomed a growing number of new patrons following our recent music nights with Nathan Haines Quintet featuring Vanessa Freeman, Richard Blackwood, the phenomenal Carleen Anderson, Zara McFarlane and the Soul Caribbean Big Band. It is the perfect tonic to our heady mix of five-star dining and entertainment all under the same roof!”

To purchase tickets and for further information about The Scott Henderson HBC Super Trio for ONE NIGHT ONLY on October 9, 2013, call: +44(0)2033769911; email: tickets@stevieraysmusic.com or visit: www.shaka-zulu.com