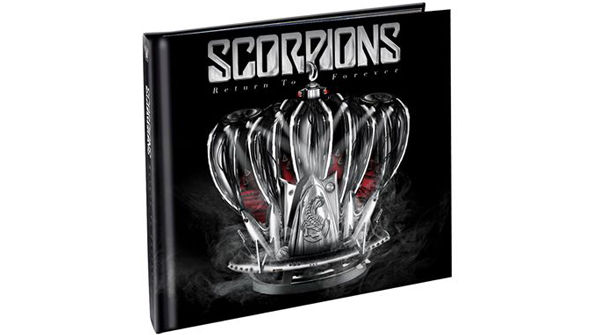 German hard rockers, Scorpions have returned to the studio withproducers  Mikael "Nord" Andersson and Martin Hansen to startwork on their new album.

The Hanover outfit, who made their mark in 1972 with debutalbum, 'Lonesome Crow,' are reportedly working on songs that wereoriginally intended for albums 'Blackout' (1982) and 'Love at FirstSting' (1984) but were never released.

According to UltimateClassicRock theband have 12 songs finished with a further 6 to be completed beforedetermining the final sequence of tracks.

The band's guitarist Matthias Jabs recently told Billboard thatthe tracks won't sound like they did in the early-80's:

"We're doing it the way we are recording albums today," he said."But the basic ideas, the riffs, the feel, the way they werewritten and arranged, we try to keep as much from the oldrecordings as possible. Thirty years later no one would come upwith these ideas we came up with when we were younger, so we wantto keep that spirit in there."

Scorpions are looking to release the new record at some point in2013. However, the group insist thet will not tour the album andexpect their show on Dec. 15 in Oberhausen, Germany to be theirlast, despite the recent recordings.

Subscribe to our digital magazine today, for free, in order toread the full article as well as take part in our in-depth MichaelSchenker masterclass.