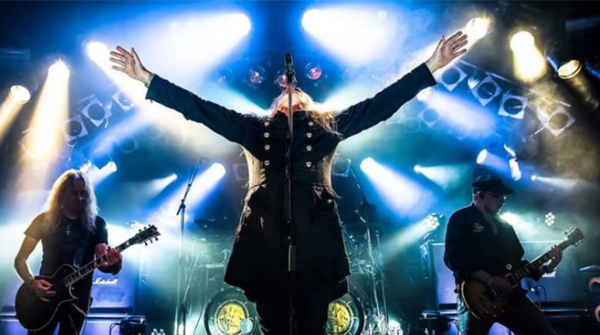 New Wave of British Heavy Metal icons Saxon have announced 10 dates for the UK leg of their upcoming Battering Ram World Tour. They will be joined by special guests Fastway and Girlschool for the much awaited shows, opening in Newcastle on 28th October.

"Gonna be a great tour with Fastway and Girlschool” - said frontman Biff Byford.

“I think this line up is unique, you don't wanna miss it.  Looking forward to battering some halls… Welcome to the metal church!”

Battering Ram, Saxon’s 21st studio album, was released in October 2015 reaching the UK Top 50 and #12 in Germany. It was described by frontman Biff Byford as “a natural progression from Sacrifice” with “a bit less rock’n’roll and a bit more ‘heavy’ on it”. Following its release Saxon hit Europe with Motorhead for their 40th Anniversary tour, accompanied by Girlschool. Sadly, the tragic passing of Lemmy in December put an early end to the tour, and the UK leg planned to begin on January 16th was cancelled - bar a Saxon headlining show in Brighton.