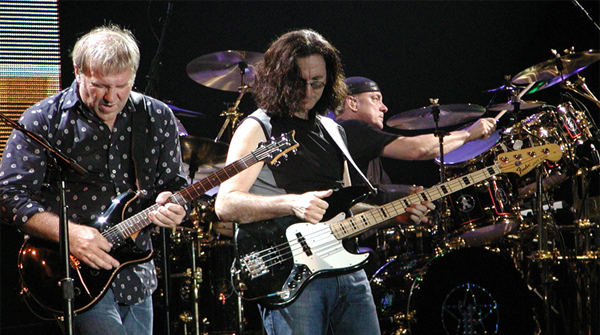 Could one of the most successful and longest running prog bandsbe contemplating retirement after nearly 45 years together?

Despite finding themselves in the midst of their 'ClockworkAngles' tour, Rush guitarist AlexLifeson told PremierGuitar (via Ultimate Classic Rock):

"One day, we're not going to be able to do it anymore. That'sa reality, and I don't think we should get too caught up in it.When it happens it happens, and that's it. We've had a great run,we've left a great legacy that we're proud of, and who knowswhat'll come after that?…I don't want to be 70 years old jumpingaround onstage. Maybe if we're still making great music, sure. ButI kind of doubt it by that point."

Lifeson's frank comments follow a recent interview Rolling Stone conductedwith Neil Peart where the drummer admitted that he"didn't think it possible" he would still be working tenyears down the line due to the physicality involved in performingevery night.

And frontman/bassist Geddy Lee said the band mayneed to scale things back as they approach their senioryears:

"There comes a point when you just have to accept that you'reapproaching 60 and that maybe three hours of blistering rock is fora younger man. So maybe it's just inevitable that Rush tours downthe road-if all goes well and there are Rush tours - aren't threehours long."