Rotosound Puts The Bite In Heavy Metal This Summer 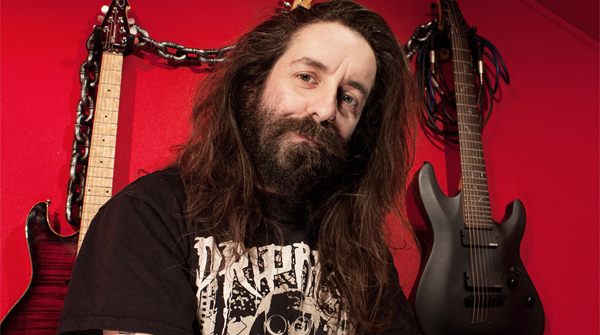 Joining this illustrious roster are guitar players Robin Southby (Roto Reds) and John Helps (Roto Reds & Purple) and bass player Jamie Ward (RS-66LDs) from Maybeshewill, They have just released a new album to huge critical acclaim and say ‘Rotosound Strings do what we need them to do. The Reds and Purples are perfect for our slightly down tuned setup and have served us well over the years. They hold their own on long tours, which is a pretty demanding situation to put them, but is what we need out of them.’

Another new endorsee is Scott Eames guitarist of Decadent Nation who, this year, embark on their second headlining Military Base Tour for troops serving across the world and includes playing on a battleship in the Atlantic!

Entombed, one of the bands widely credited with starting the Death Metal genre, have recently released their tenth studio album and were elected into the Swedish Hall of Fame this year. Band member and new endorsee Victor Brandt now uses RS-66LDs because ‘they give me an articulate and solid punch that I can easily cut through a wall of guitars with. Rotosound makes workhorse products that make my job easy.’

Plus joining in the metal mayhem are guitarists Alex Kearney and Steve Mills from The Wounded Kings along with bassist Alex Eliadis. This unique doom metal band has recently released their fourth album and will be playing in the UK and across Europe this summer.

To find out more about the Rotosound Strings and their endorsees visit www.rotosound.com