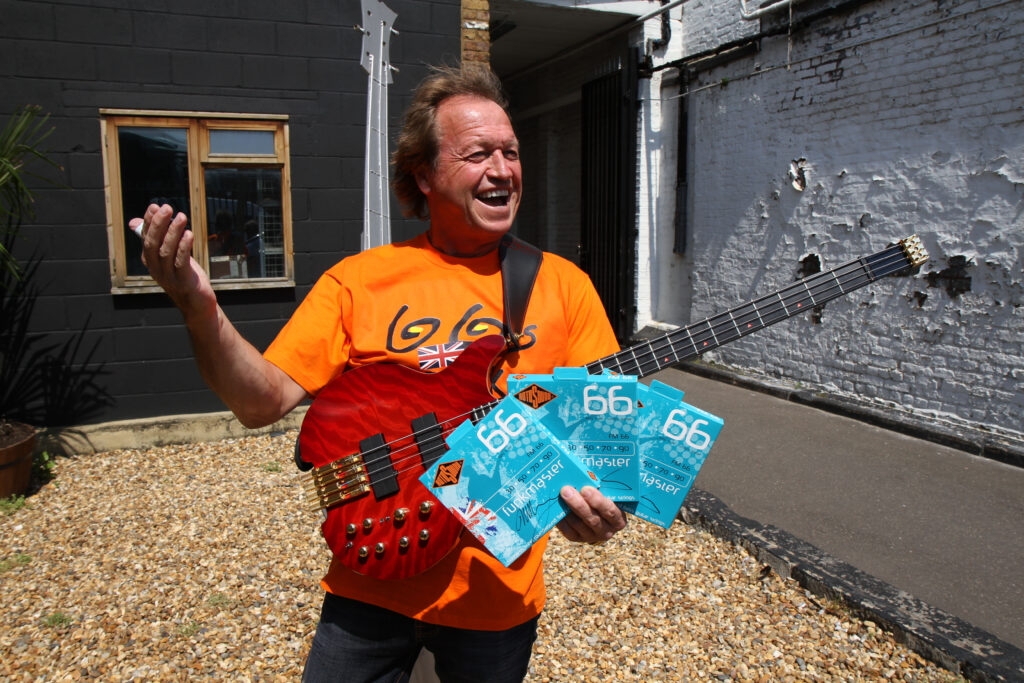 Rotosound will be at the London Bass Guitar Show, the 7th and 8th March 2015, at the Olympia Conference Centre, London. Top Rotosound endorsees, Billy Sheehan, Doug Wimbish and Mark King will be appearing on their stand at the show.

Billy Sheehan, five times winner of the ‘Best Rock Bass Player’ in Guitar Players Magazine’s reader poll, will be on the Rotosound stand on both Saturday 7th and Sunday 8th March at 4.30pm. A Rotosound endorsee for more than twenty-five years, he recently finished recording the new Mr Big album ‘The Stories We Could Tell’, which was released late 2014.

Another highly respected and sought after master of the bass guitar, Doug Wimbish, will be on the Rotosound stand at 12.30pm Saturday 7th March. Doug, a long time endorsee of Rotosound strings too, has worked with The Rolling Stones, Madonna, Annie Lennox and Joe Satriani during a career that has spanned several decades.

Also appearing on the Rotosound stand on Saturday 7th March at 3.00pm will be Level 42’s frontman and bass player, Mark King. His distinctive slapping style throughout his impressive career has been a significant contribution to the modern way of bass playing. 2015 has already seen Mark with Level 42 in Japan and they will spend the remainder of the year touring festivals across the UK and Europe.

Come and meet your bass guitar hero at the London Bass Guitar Show, 7th and 8th March 2015 on the Rotosound Stand, E2, at the Olympia Conference Centre, London.

Find Out more at: www.rotosound.com