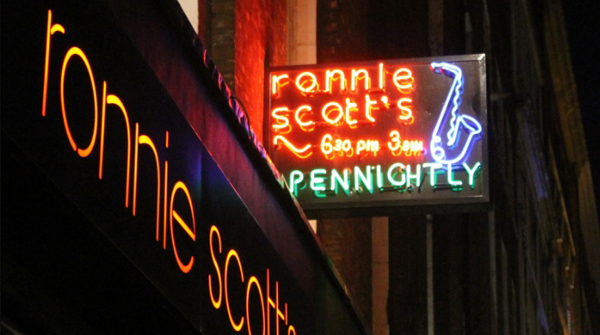 As part of the Jazzwise 20th Anniversary  Festival, marking  the twenty year anniversary of  Jazzwise, the UK’s leading jazz magazine, it’s editor-in-chief, Jon Newey, pulled off a real coup in persuading British guitarist John McLaughlin, one of jazz’s most influential artists ever, to make a rare appearance and open the festival.

McLaughlin is one of the world’s most virtuosic guitar soloists and has played on some of the greatest, most ground-breaking fusion albums of all time including recordings with Miles Davis with whom he made his name - In a Silent Way, Bitches Brew, On the Corner and A Tribute to Jack Johnson.  He launched his own super-influential Mahavishnu Orchestra in the early 70’s who are widely regarded as popularising early jazz-rock fusion.  John McLaughlin has long placed his blazing speed in the service of a searching spiritual passion that has kept his music evolving and open to new influences such as his explorations into Indian music with Shakti.   Whether shredding on electric or simmering quietly on acoustic, McLaughlin's intensity and underappreciated versatility have nearly always kept his playing vital, and his best moments - whether as a solo artist or band member - represent some of fusion's greatest recordings. Beg, borrow or steal a ticket for this uber-rare performance

Born in California, Robben’s first chosen instrument was the saxophone which he played from the age of ten.  However, by his late teens he was watching the likes of Jimi Hendrix, Eric Clapton, Led Zeppelin, Albert King, B.B. King and all of the progenitors of blues perform in San Francisco by which time he had switched to guitar.  Meanwhile he had fallen in love with the sax playing of the likes of Paul Desmond, Ornette Coleman, Yusef Lateef, Roland Kirk, John Coltrane and Wayne Shorter; influences that played a large part in his own style that blended jazz and blues defining him as a guitarist able to play in a wide variety of settings.

Ford’s first recording was in 1977 with a group of musicians who went on to become the Yellowjackets.  Following the release of several  highly acclaimed albums on the Concord label he released the much lauded ’ Bringing It Back Home’ in 2013 revisiting his musical roots and ‘ A Day In Nashville’ (a  live studio recording recorded in just one day) in 2014.  For his appearance at Ronnie Scott’s, Ford performs music from his most recent release, ‘Into the Sun’ (2015) alongside other gems from his catalogue.

Richard Bona is a Cameroonian virtuoso electric bass guitarist who first made his name with Joe Zawinul before striking out on his own. He has toured with Mike Stern, Pat Metheny and appeared as a guest on two of Bobby McFerrin’s albums, along with numerous notable collaborations.

His own music (he has released seven albums) draws on the rich musical heritage of his native Cameroon with African rhythms combining with jazz and soul influences in a rich multi-cultural melting pot, underpinned by rich grooves and Bona’s powerful grasp of melody.

Fans call him “The African Sting,” critics call him a pro, but it’s his unique and electrifying style of connecting with his audience that titles him what he really is—a true musician. Richard Bona’s seemingly effortless voice, fierce skills on the bass, unique songwriting/arranging expertise and ability to learn just about any instrument simply from watching, position him as a rare African artist to have established an unscalable reputation on an international platform.  Bona has been honoured by many awards and accolades and has become one of the most accomplished and sought-after musicians of this generation.

As he continues to redefine his sound, Richard has released his Mandekan Cubano on June 2016 with his new album “Heritage”.

He appears here with his latest band Mandekan Cubano, performing music from last year’s release, ‘Heritage’, an Afro-Cuban project that explores the alchemy of African rhythms in Cuba!

Probably best known as a longtime member of the influential indie-band Tortoise, multi-instrumentalist, producer and composer Jeff Parker is recognized as one of contemporary music’s most versatile and innovative electric guitarists and composers.  In 2016 Parker released ‘The New Breed’, his first recording in four years.  The album was bestowed with a plethora of 4-5star reviews and made a significant showing in many End of Year critic polls.

Parker, an integral part of what has become known as “The Modern Chicago Sound” is also a founding member of the critically acclaimed and innovative groups Isotope 217˚ and Chicago Underground.

A look at his work as a sideman offers a glimpse into Parker’s diversity - Joshua Redman, Toumani Diabate, Daniel Lanois, Brian Blade and the Fellowship Band, Jason Moran, Joey DeFrancesco, Charles Earland, Tom Zé, Meshell Ndegeocello, Makaya McCraven and many more.  Parker has released several, exquisite albums as a leader, all to critical acclaim with further recordings including an album of solo guitar, Eno -inspired ambient duo music and a new album from Tortoise.

But for this show, Parker presents music from last year’s ‘The New Breed’.  Seamlessly integrating electronic and acoustic elements, playing on the beat, stretching it and improvising around it.  The recording was described by one critic as “an instrumental hip-hop album-reminiscent of a producer sampling 1970s soul-jazz, but with a live band playing the samples while keeping a boom-bap idea in mind”!

“His sound is unmistakable and unpredictable, yet at the same time precise and refined…history will certainly reflect that he is one of the more noteworthy guitarists of his generation.” -Dusted Magazine

With a musical career that spans over fifty years, Ronnie Scott’s welcomes the return of the legendary British blues singer, guitarist, organist and songwriter, John Mayall.  Hailed as ‘The Godfather of British Blues’, Mayall’s career that has always been about pure blues.   As founder of the legendary John Mayall’s Bluesbreakers, he has nurtured some of the world’s most famous blues and rock heroes -  Eric Clapton, Peter Green, Jack Bruce, Mick Taylor and Mick Fleetwood to name a few .

Despite his now veteran status (Mayall performed at Ronnie’s in 2014 as part of his 80th birthday tour), Mayall’s live shows remain gritty and electrifying.  Joined by his band from Chicago and Texas and jumping between guitar, harmonica and keyboards, Mayall is an incredible showman of boundless, explosive energy.   For these shows, Mayall performs material from his brand new album ‘Talk About That’, a mix of original recordings plus covers from Memphis soul, blues and rock songwriters that include a new infections New-Orleans flavoured tune ‘Gimme Some of that Gumbo’ with the title track driven by a modern funky groove.