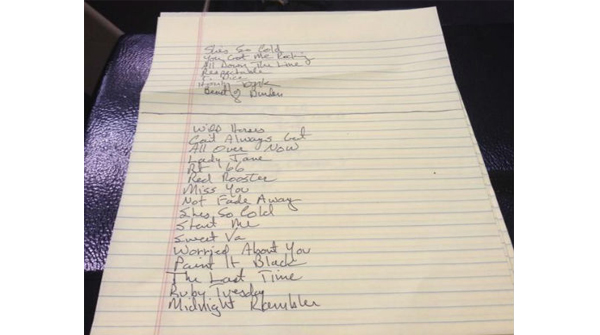 The Rolling Stones have posted what looks like theirplanned set-list for next year's  tour dates onTwitter.

The Stones recently revealed they'll be performing in London& New York in 2013 as part of their 50th Anniversarycelebration. However, the handwritten setlist posted on Twitter wastweeted online shortly before the band announced their two dates atThe O2 Arena in November.

The sheet of hand written paper featured the following songs: