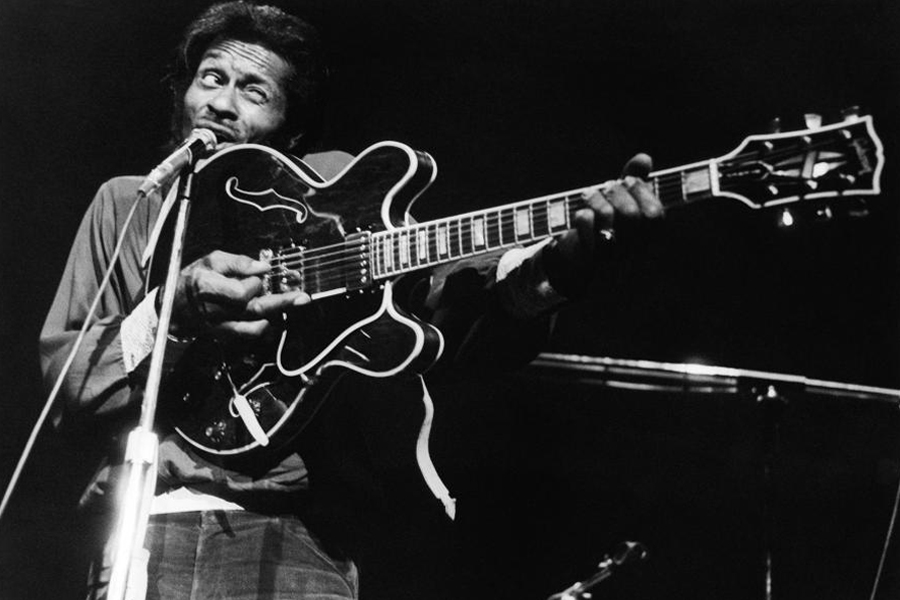 Rock and roll icon Chuck Berry passed away over the weekend aged 90.

A genuine pioneer in the field of rock, the St Louis Bluesman was responsible for some of the biggest tracks to emanate from the genre whist in its formative years.

Songs such as “Roll Over Beethoven”, "Johnnie B. Goode", "Maybellene" and "You Never Can Tell" shaped the sound and established an instrumental voice to a genre which would take over the world.

However, whilst Berry is considered a luminary (and rightly so) he would be the first to admit taking inspiration for his sound from the likes of T-Bone Walker and Charlie Christian. Many may not even be aware that his most renowned guitar riff was "borrowed" from a Louis Jordan record.

However, Chuck's mammoth back catalogue and progressive lyrical content showed that he was a resourceful musician using his early influences and inspirations as a catalyst to become one of the leading figures in the scene.

Born in October 1926, Berry first began performing as part of the Johnnie Johnson Trio and was first noticed by none other than Muddy Waters who put him in contact with Leonard Chess of Chess Recordings. Whilst signed to Chess, Berry notched up a number of hits and film appearances and established himself as a serious touring artist. But in 1962, Berry was caught up in an incident that would dent his music career after he was arrested and sentenced to three years in prison for offenses under the Mann Act after he transported a 14-year-old girl across state lines.

After his release he struggled to achieve the same heights he did prior to his sentence but he was still was among once of the first musicians to be inducted into the Rock and Roll Hall of Fame on its opening in 1986; he was cited for having "laid the groundwork for not only a rock and roll sound but a rock and roll stance."