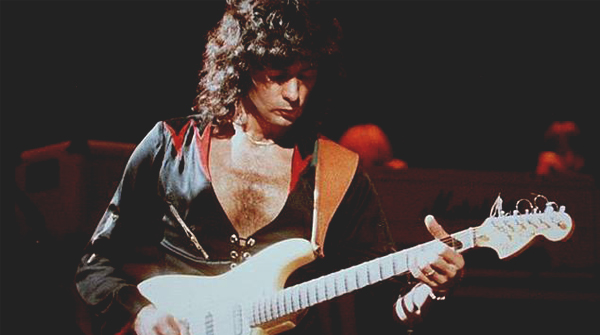 Ritchie Blackmore has announced a series of Best of Rainbow and Deep Purple shows for next year.

The enigmatic Blackmore, who has been performing heavily with renaissance inspired Blackmore's Night, will regroup with key members of Rainbow and Deep Purple for four shows next year in Europe.

“I am doing four dates in June, which will be all rock. I have the band basically together and it will be [the best of] Rainbow and Deep Purple. It’s just having fun but it’s only four dates in Europe. I don’t want to do anymore because I take what I’m doing now much more seriously.”

Speaking earlier this year, Blackmore alluded to the possibility of regrouping Rainbow or Deep Purple during an interview with French newspaper Le Parisien, he said:

"I'm thinking about playing rock again, just for a few days, next June, Deep Purple and Rainbow songs. But for now, I'm not decided on the persons I want to work with. I've got a good idea about the ideal candidates, but it wouldn't be fair to say anything now. I will know exactly in one month who I want to have in this band to play Deep Purple and Rainbow songs. We will probably play three or four shows in June; that's all."

For those looking to attend this rather leftfield occasion tickets will be available as of November.

In related news, Ritchie Blackmore and his band of minstrels released their new album "All Our Yesterdays" on September 18th.