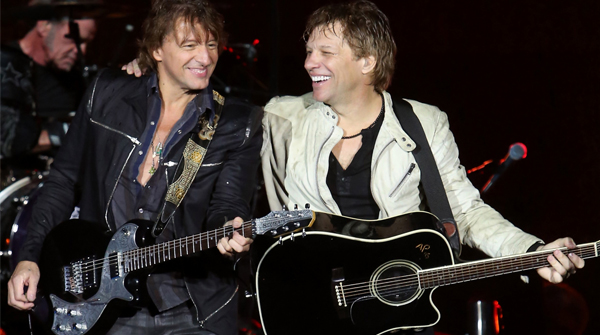 Sambora recently distanced himself from the band’s ‘Because We Can’ world tour due to ‘personal reasons.’ The long-term Bon Jovi member also pulled out of a recent Hyde Park gig but was due to rejoin the band in September. However, it now appears he has been kicked off of the tour indefinitely after a dispute over money, according to RumourFix (via NME).

In April Sambora was replaced by stand-in guitarist Philip “Phil X" Xenidis who is reportedly earning $10,000 (£6.419) a month from the tour. Sambora was apparently taking 20% of the tour’s profits which equates to around $2million a month (£1.28million).

According to sources Sambora is still keen to rejoin the band:

"Richie wants to go back onstage – that's his first lov. He's really upset over the news."

The current Bon Jovi ‘Because We Can’ tour will run through to mid-December and will see the band playing at venues in South America, North America, Japan and Australia.