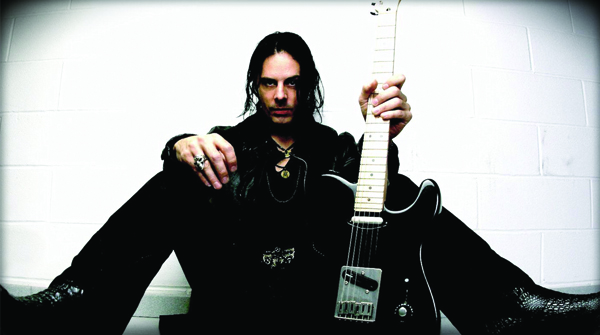 Richie Kotzen has revealed the success of the Winery Dogs has come as a big surprise to him.

The former Mr Big man formed the Winery Dogs along with Mike Portnoy and Billy Sheehan last year. Kotzen admits he expected the supergroup would be a side project, but is shocked at how successful the project has been.

Kotzen tells Icon Vs Icon( via Classic Rock): "When we got together, I will be dead honest, in my mind I was thinking it would be a cool diversion from what I have been doing lately. I thought perhaps we will make a cool record. Perhaps we will do a handful of key market shows in Tokyo, New York, Los Angeles, London, or what have you, and that would be the end of it.

"I thought, after it was over, I would go back to what I was doing and a few years later we would reconvene and do something else. I remember we were making a connection from Japan to somewhere in Latin America and when we got off the plane there was an e-mail from our manager that said our record just charted on the Top 200 at No27. All of us were blown away. None of us expected that.

"Apparently, there was an iTunes Rock Chart where The Rolling Stones were at No1 and we were at No2. Needless to say, we were all shocked and surprised by this. From there, we started to get some amazing touring offers and opportunities. Here we are a year later, and it has really become a real band that is a priority for all three of us moving forward. That has been a huge surprise for me and a good surprise."

The follow up to The Winery Dogs self-titled debut is set to be released sometime in 2015, when Kotzen also plans to release his next solo record.