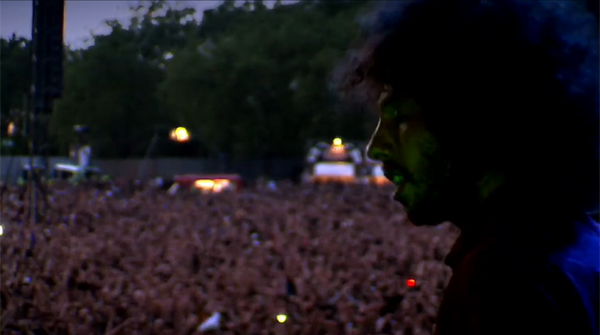 In 2009 a victory for real music was won after an onlinecampaign to get Rage Against the Machine's'Killing in the Name' to the Christmas number 1 spot wassuccessful. In the process serving a reality check to Simon Cowelland the producers of ITV's X Factor.

Zack de la Rocha, Tom Morelloand co then went on to perform a free show in London'sFinsbury Park to celebrate and to say thanks to the UK public formaking it happen. The band have now released a clip of theirhistoric performance which can be seen below.