'Randy Rhoads Remembered: A Celebration Of A Legend' To Take Place Next Year 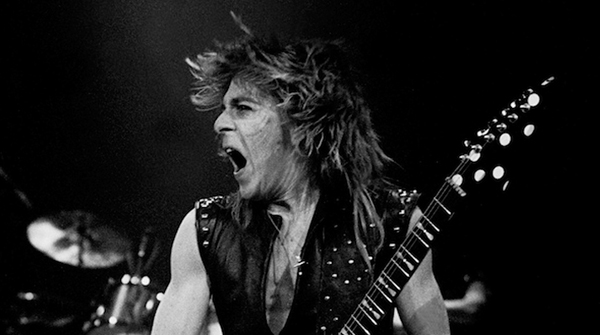 'Randy Rhoads Remembered: A Celebration Of A Legend' To Take Place Next Year -

A tribute concert in memory of the legendary Randy Rhoads has been announced.

The event, which will take place on January 25 at The Observatory in Santa Ana, California, will feature members of Whitesnake, Extreme, DIO and Guns N' Roses as well as special guests who will perform tracks together in memory of the Ozzy Osbourne/Quiet Riot axeman.

The concert is from the creators of 'Bonzo Bash' (the celebration show for John Bonham), Brian Tichy and Joe Sutton.

Tichy contacted bassist Rudy Sarzo, who played with Randy during his Quiet Riot and Ozzy Osbourne tenure in order to play bass at the show, to which Sarzo accepted.

Randy was tragically killed in a plane accident at the age of 25 on March 19, 1982 while on tour with Osbourne .

"I am excited that a tribute concert with this caliber of talent is being staged for Randy,” says his brother Kelle.

“I have attended and participated in memorial shows in the past, but nothing has been staged along this scale before now. The Rhoads Family is touched and extremely grateful to Brian Tichy, Joe Sutton and Brent Woods for their vision and commitment to this special remembrance for Randy."

“I'm extremely honored and excited to be a part of this significant event honoring my dear friend and bandmate featuring his musical contributions with Ozzy Osbourne and rarely performed compositions from his Quiet Riot years."

Tickets for "Randy Rhoads Remembered: A Celebration Of A Legend" are on sale now.