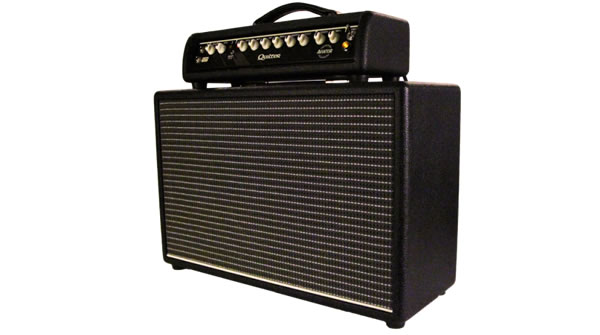 Redefining what can be expected in a powerful and portable solution, Quilter has announced the release of its Aviator Deluxe Head.

The head features a Black Tolex-covered cabinet and delivers 100 watts per channel while weighing in at a mere nine pounds. The Aviator family of product already has taken over the stage with multiple world-renowned acts favoring them for their light weight, consistency, powerful presence and near-perfect reliability record.

Currently on tour with Gym Class Heroes, the Calling, Anarbor, the Hush Sound, Jake Owen’s band, Ric Hall of the Buddy Guy band, Jerry Becker of Train and Jeramiah Red, as well as blues acts such as the Nikki Hill band, James Harman, Tom Holland, Keith Wyatt of the Blasters, Dave Herrero, Nathan James and Michael Tash of the Bad Influence band, the Aviator is a road-proven powerhouse as revered for its tone as it is for its reliability and power.

• Portable: Fits in the bottom of the standard suitcase

• One world power supply. (Will work on any voltage, anywhere in the world.)

The Aviator Powerplant Deluxe Head is shipping immediately to our dealers, and is also available directly from Quilter Labs at http://bit.ly/13DEwfs.

“We are thrilled to make such incredible power available in such a lightweight package.”