Punk World Mourn Death of No Use For A Name Frontman, Tony Sly - 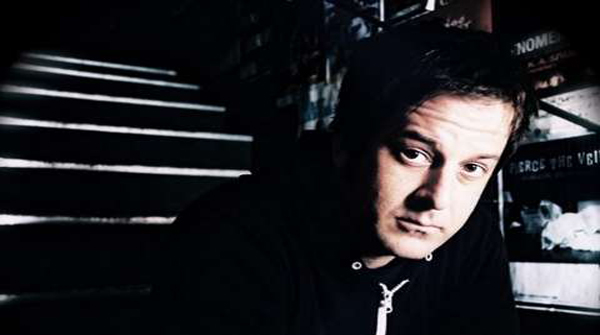 Punk World Mourn Death of No Use For A Name Frontman,Tony Sly -

No Use For a Name frontman, Tony Sly has died at the age of 41.

The news was sadly broken by his record label Fat Wreck Chordslate last night, (Aug.1st). The cause of death is yetunknown.

Confirming the news in a statement, the punk label said:

"It is with great sorrow that we must say goodbye to Tony Sly ofNo Use For A Name. We received a call earlier today of his passing,and are devastated. We have lost an incredible talent, friend, andfather - one of the true greats."

Sly joined the San Jose hardcore outfit in 1989 replacing foundingmember John Meyer and released nine studio albums with the band.Over the years the band underwent many line-up changes, and Sly wasthe longest serving member of the group at the time of hisdeath.

A number of musicians took to Twitter to pay their respects toSly, who only performed a solo live show this past Sunday.

"We are truly saddened to hear about the passing of our friendTony Sly," tweeted Chicago-bred punk band Rise Against. "He was anamazing song writer and an amazing person. RIP Tony Sly."

"We covered Chasing Rainbows by No Use For A Name during our settoday in tribute," tweeted Yellowcard guitarist Ryan Mendez. "RIPTony Sly, you were a massive influence on all of us."

"So sad to hear of Tony Sly's passing. One of the nicest guysever. Our thoughts are with his family & friends. He'll begreatly missed. -N," tweeted Noodles of The Offspring.

The Ataris wrote: "Tony sly, you wrote some solid songs. When wewere just starting out, you generously let us crash your hotelfloor. Stay gold man. Godspeed."

The band's last studio album for label Fat Wreck Chords was2008's The Feel Good Record of the Year, and Sly had said in 2010that he was planning on penning tunes for a new release.