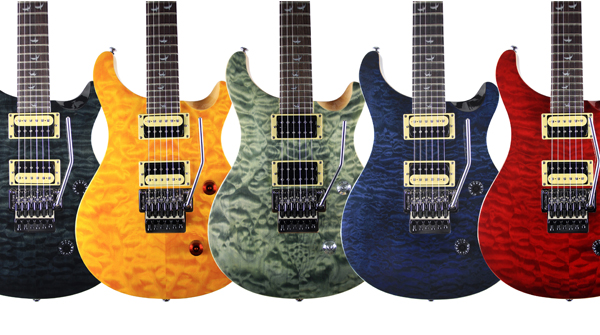 The 30th Anniversary version of the guitar features a beautiful quilt maple veneer over bevelled maple top, mahogany body with Wide Thin, 25” scale length maple neck, rosewood fingerboard with commemorative bird inlay package, powerful SE HFS and SE Vintage Bass pickups and push-pull coil-tap tone control with 3-way blade selector. The spec is rounded out, of course, with a 1000 Series Floyd Rose tremolo system, made to the same design and with the same quality materials of the original units.