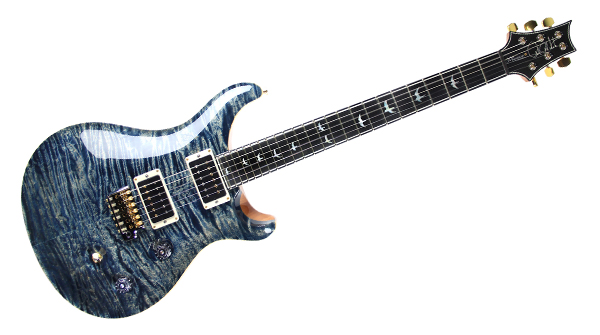 (PRESS RELEASE): PRS Guitars Europe has unveiled a new 'exclusive to Europe' model from the company's Wood Library programme, the Fatback 24. Based on PRS's 30th Anniversary Custom 24, the new guitar features a thicker 'McCarty depth' body and hand-selected, up-graded timbers '“ just 60 Fatback 24s will be produced and made available.

In terms of playability and tone the Fatback 24 features a Pattern Thin carve mahogany neck (with Gabon Ebony fingerboard and headstock veneer) and PRS's new 85/15 treble and bass humbuckers harnessed to volume, tone (with push-pull coil-tap) and three-way toggle switch. A PRS tremolo system rounds out the spec of the very special limited edition model, which ships in a similarly limited Black Paisley PRS case.