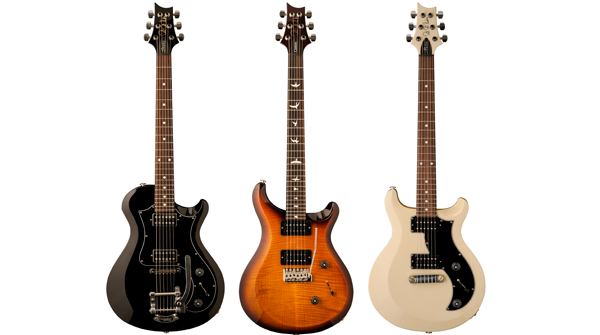 PRS Guitars has announced the launch of a significant new rangeof US-made instruments - the S2 Series.

Comprising the S2 Mira, S2 Starla, and S2 Custom 24, the new lineoffers the fit, feel, and attention to detail of PRS craftsmanshipin a fresh, straightforward design. Meaning 'Stevensville 2', theS2 Series is named for a second manufacturing line created insidethe PRS factory that blends new manufacturing techniques withpracticed quality control and workmanship to create instruments ata new price point. The S2 Series will be in stores in early Augustand will be made up of the S2 Mira (from £1095 RRP), the S2 Starla(from £1095 RRP), and the S2 Custom 24 (£1375 RRP).

"We are extraordinarily excited about the S2 Series,"said Jack Higginbotham, President, PRS Guitars.

"This has been a textbook example of how a very dedicated teamcan come together to create not only a fantastic series of guitars,but a state of the art production line to build them on. We lookforward to offering this new series of guitars to an expandedartist and customer base while giving our current customers moreoptions."

A diverse group of artists, from Indie to Rock to Punk, haveroad tested these guitars and found them to embody everything theyrequire in an instrument. S2 Artists include Dave Knudson fromMinus the Bear, Jesse Lawson from Sleeping with Sirens, ThomasFekete from Surfer Blood and JJ Grey from MOFRO.

"This guitar has already changed the way I play," saysJJ Grey of his S2 Starla.

"The sounds you can get out of it are incredible. Right out ofthe box the Starla's a blast. Even without an amp they're reallyloud and very easy to play. Probably one of the greatest thingsabout these guitars is that they refuse to go out of tune. Stayingin tune is such a big deal for me and having total confidence in aguitar is like having total confidence in the people you play withonstage. I can't say enough about these guitars!"

This significant investment from PRS is the continuation of along-term plan to diversify the company and its offerings bothvertically and horizontally and to supply more artists and playerswith tools to create music. With their retro-inspired vibe,hallmark PRS quality, and popular pricetag, the S2 Series isperhaps the strongest example of this yet from PRS.