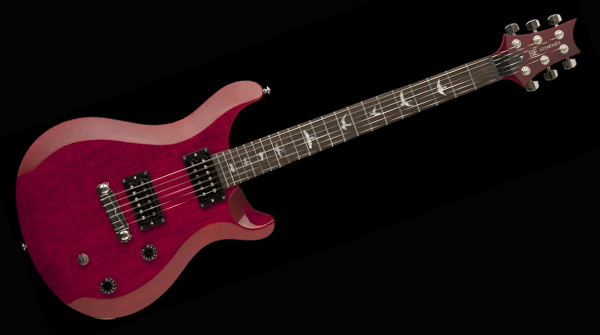 (PRESS RELEASE): PRS Guitars is proud to officially announce four SE Standard models, bringing the brand's guitars to an exciting new price range.The all-mahogany SE Standards are designed to be the go-to instrument for beginning guitarists and budget-conscious players and will start at $499 USD. The most affordable PRS guitars to date, SE Standards are modeled after some of PRS's most popular designs and carry familiar PRS appointments, including bird inlays, PRS stoptail and tremolo bridge designs, and a high-quality SE gig bag. All four models also share the classic combination of all-mahogany bodies (reminiscent of Paul's pre-factory guitars) and set mahogany necks with rosewood fretboards. The four new SE Standard models are: the SE Standard 24, the SE Standard 22, the SE Standard 245, and the SE Santana Standard.

'The SE Series started with Carlos [Santana] and the desire to make PRS guitars available to a larger number of players. To be able to maintain the quality we demand and be able to get these sold through our dealers for less than $500 is remarkable,'