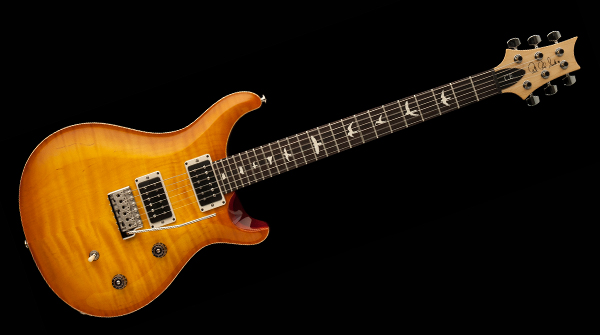 (PRESS RELEASE): PRS Guitars has announced the launch of its new CE 24 model, bringing back the bolt-on platform back to the main PRS line-up with some significant updates. Originally introduced in 1988, the CE was first conceived to offer players PRS design and build quality with the added snap and sparkle of traditional bolt-on guitars – returning after nearly a decade away from the PRS catalogue, the new CE 24 is better than ever.

Adhering to the classic PRS combination of mahogany back and maple top, with bolt-on maple neck and rosewood fingerboard, the new CE 24 boasts a Pattern Thin neck carve and satin nitro finish for a natural, sleek feel.

To maximise the guitar’s inherent tone and clarity, the CE 24 features PRS 85/15 pickups, which Paul designed to have remarkable clarity as well as extended high and low end. The electronics consist of a volume and push/pull tone control with 3-way toggle switch for a total of six classic sounds.

The PRS CE 24 is available in Europe now.