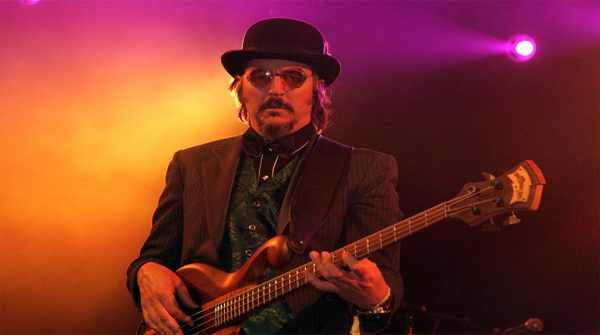 The eccentric bass master had stated that he can't stand bywhile watching the trouble his brothers family are going throughwith their infant son, Matthew as he battles a rare form of infantleukaemia. And as the medical bills began to pile up, the Primusfrontman decided to auction off the bass to raise funds for hisnephews bone marrow.

He recently told the Rolling Stone:

"The expenses of these things are insane. I remember he had toget a couple of shots when he first got diagnosed with this, andthe shots were $80,000 apiece. And that's just the tip of theiceberg. It's been nonstop."

Claypool recently made the final prototype for his Pachydermfour-string bass, which will be the design by which all futurePachyderm basses will be modelled on. Claypool has been playing thebass live for over a year and according to him it's a "fabulousfeeling and sounding instrument."

Shortly after seeing some of the returns, he posted a messagestating:

"Only part of this auction is about the money. My brotherneeds all the financial help he can get but more than anything heneeds uplifting elements in his life. Matthew's situation is sofragile that every week is another roller coaster ride.Unfortunately recent news on Matthew has been not so good andhaving this auction gives my Bro something exciting to helpdistract him from the ebb and flow of the emotional tide that comeswith watching his toddler son struggle."

"Also, I think the more we are aware of this new wave ofinfant leukemia, the more we all become conscious of ourenvironment and what we choose to expose ourselves to. It REALLYwarms my heart and brings a tear to my eye to witness all thesefolks rallying around this boy via this instrument. Yesterday wasan emotional day for all of us. I'm sure the last 30 minutes ofthis auction next week will be like watching the Niners (he's a bigSF fan) win the Superbowl for my brother and his family."