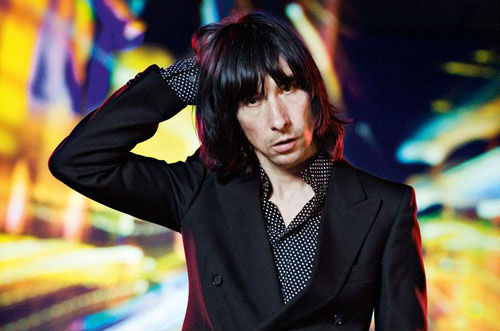 Primal Scream have announced details on a string of Scottishdates set to take place in June.

The trio of intimate shows are the first from the band sincecompleted their 18-month jaunt in support of the reissue of their1991 breakout album, 'Screamadelica', last year.

The shows will kick off at Inverness Ironworks on June 14, beforeheading on to the Aberdeen Music Hall on June 15. The band willthen wrap things up with a headline show at Edinburgh's Queens Hallon June 16.

The Scottish dates will be the first live shows to take placeafter bassist Gary 'Mani' Mountfield left to rejoin the The StoneRoses.

Gillespie explained: "I was at an awards ceremony andBez said to me, 'What are you gonna do now that Mani's gone?' and Isaid, 'Can you play the bass, Bez?' How cool would that be? Bassand maracas! He was like, 'I'd love to do it Bob, but I can'tfucking play!'"

Primal Scream are currently working on the follow-up to their 2008album 'Beautiful Future'.

Primal Scream will be performing at the following dates: