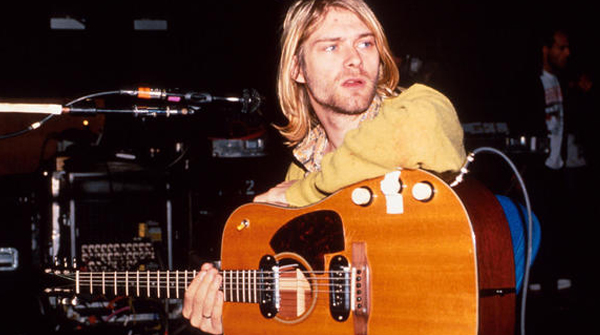 A preview of an unreleased track which features on the much anticipated Kurt Cobain documentary has surfaced via Rolling Stone.

However, at present only a preview of the unreleased acoustic song, titled "Montage of Heck", has been made available.

Directed by Cobain's daughter, Frances Bean and Brett Morgen, "Kurt Cobain: Montage of Heck" will premiere on US cable network HBO on May 4th.

"Kurt Cobain: Montage of Heck" will first open in Cinemas in LA, Seattle and New York City on April 24th as part of a series of international debuts. The documentary will also be shown in Germany, Austria and Switzerland on April 9th, in the UK on April 10th, in Sweden on April 27th and Italy, Australia and New Zealand on April 30th.

Kurt Cobain: Montage of Heck will premiere on HBO on May 4th.