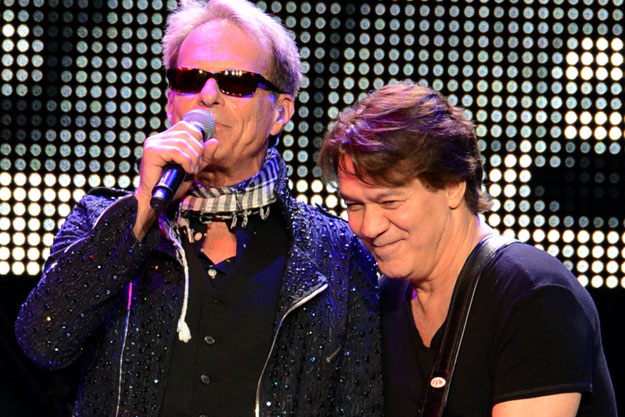 When a large number of summer dates were removedfrom VanHalen's website in May without an explanation, it wasn't clearwhether the shows would be rescheduled. Now the dates areofficially listed as cancelled.

All dates after the rock band's June 26 concert in New Orleanswere called off, a total of more than 30 gigs.  Although VanHalen hasn't posted an announcement on its website, if you checkout the band's list of dates onTicketmaster.com, you'll find thatshows including Uncasville, Conn.; Baltimore; Rochester, N.Y.;Detroit; Toledo, Ohio; Memphis, Tenn.; Sacramento, Calif.; Reno,Nev.; and Milwaukee are now marked in red as canceled. As of posttime, not all shows on Ticketmaster are listed as canceled.

Refunds are available at the point of purchase. Ticketspurchased online or by phone will be automatically credited to yourcredit card

In May, days after the dates were first pulled, David Lee Roth posted a video explainingthat despite rumors, the "band is getting along famously."

Diamond Dave didn't say whether fans should hold onto theirtickets and wait for new dates to be announced. Instead, this iswhat he had to say about why the tour had been cut short:

"As usual, we bit off way more than we could chew when it cameto scheduling. The band is winning but our schedule has beensidelined for unnecessary roughness. If we continue past July 4 andall the way into Australia and Japan then we're asking for therobot zombie tour."

USA Today published aninterview with Eddie Van Halen and his son Wolfgangearlier in June in which the elder Van Halen used the same idiom ashis bandmate.

"We bit off more than we could chew. This record took a lot outof us. And we went on tour earlier than we wanted to so we couldplay Madison Square Garden (in March, before a renovation), andthat threw the schedule out of whack."

He added that Van Halen planned to play Japan in November "andin the New Year, we'll possibly do something special, but I can'ttalk about it."

Thanks to pollstar.com for the report