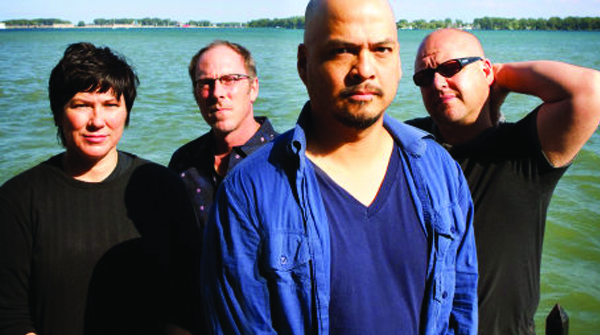 This past Friday the Pixies returned with a surprise new track 'Bag Boy,' which marked their first new release in nine years.

Following the sinlge's release Black was forced to take to his official forum at frankblack.net to deny that Deal sings backing vocals on the new track, their first since 2004's 'Bam Thwok,' and reveal it is actually Jeremy Dubs of the Bunnies, he wrote:

"I agree, it does sound a bit like Kim. But it's my good friend Jeremy Dubs, one of the best people I've had the pleasure to know, both socially and professionally."

But that isn't all from the Black Francis camp as this morning the band have revealed plans to embark on a "massive global tour" with The Muffs frontwoman Kim Shattuck replacing the departed Deal on bass and backing vocals.

The band's newly announced 17 dates in Europe will span late September through to late November, with the promise of more showsto come.

The Massachusetts alt-rock titans notes on their website, the tour "will give them an opportunity to do something they haven't been able to do in two decades: premiere brand new Pixies songs, the first collection of new material since 1991′s Trompe le Monde."