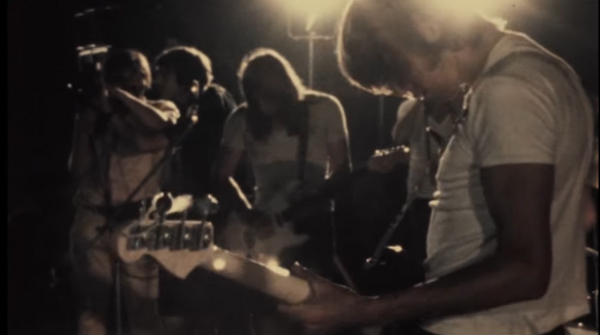 Pink Floyd have released a new video for 'Green Is The Colour' nearly 50 years after it was first released.

The new video for the 1969 release, which featured on the band's 'More' soundtrack album, is one of many new works which will be included in an upcoming new box set titled 'The Early Years 1965–1972.'

Much of the footage used in the new 'Green Is The Colour' video has been culled from Pink Floyd’s performance at the Pop Deux Festival in Saint-Tropez, France, on August 8, 1970.

Pink Floyd's The Early Years 1967–1972 will be released by Pink Floyd Records via Sony Legacy on November 11 and will include unreleased tracks, rare outtakes, demos, BBC sessions and TV recordings that make up 12 hours of audio and more than 15 hours of video.

'Green Is the Colour' was an original soundtrack for a film released in 1969 of the same name. The album the track featured on was also the very first without founder Syd Barret.