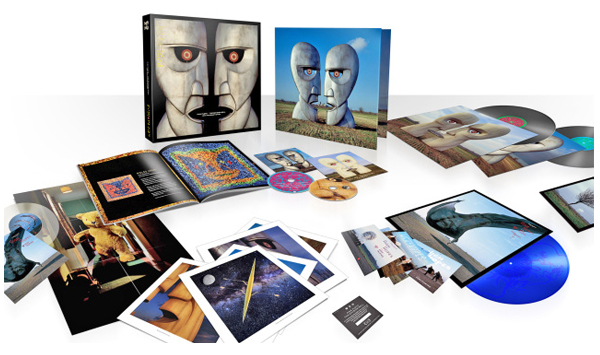 A new seven-disc collectors box set of 'The Division Bell' by Pink Floyd will be released on June 30th.

The 20th Anniversary edition of the band's final studio album features the original album plus double gatefold vinyl as well as a new video for lead track 'Marooned'. The special edition will also include a set of art prints designed by Hopgnosis and StormStudios along with a new companion booklet plus a Blu-ray disc including 'The Division Bell' album in HD Audio, a previously unreleased 5.1 surround sound audio mix of the album by Andy Jackson, and a new music video for the Grammy-winning track 'Marooned'.

When first released in 1994 the album reached number one in both the US and the USA and has sold over 12 million copies since. The title was inspired by the division bell rung in the British parliament to indicate that a vote is to take place.

David Gilmour said of the record (via Classic Rock Magazine) :

“The three of us went into Britannia Row Studios and improvised for two weeks. Playing together and starting from scratch was interesting and exciting – it kickstarted the album. The process was very good; it was collaborative and felt more cohesive.”