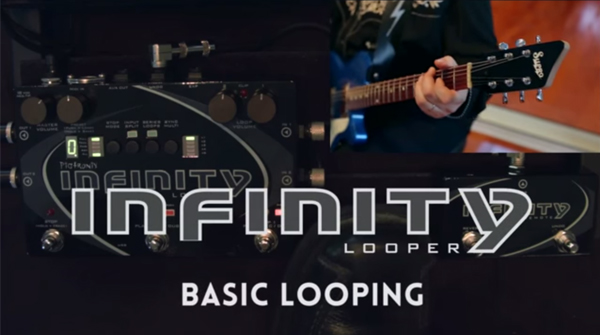 (PRESS RELEASE): The immensely popular Infinity Looper pedal from Pigtronix is now more powerful than ever, boasting significant upgrades via the launch of its 2.0 firmware, as well as an interactive tutorial and support web site. Since its release in 2013, the Infinity has become the brand's top selling pedal; but thanks to a series of firmware updates culminating in this ultimate 2.0 version, the range of the unit's capabilities now extends far beyond its initial reach.

Among the features included in the Infinity 2.0 firmware:

On top of these major feature upgrades, Pigtronix has implemented numerous customer-requested workflow upgrades to realize the full power of this looping platform. It has truly been a group-mind effort with musicians from around the world contributing suggestions and options that cover a huge variety of looping techniques and musical styles. The pedal is currently used by a wide array of musicians including Ed O'Brien (Radiohead), Henrik Linder (Dirty Loops), Phil Keaggy, Greg Howe, and vocal looper Just Alliance.

For more infomation on Pigtronix