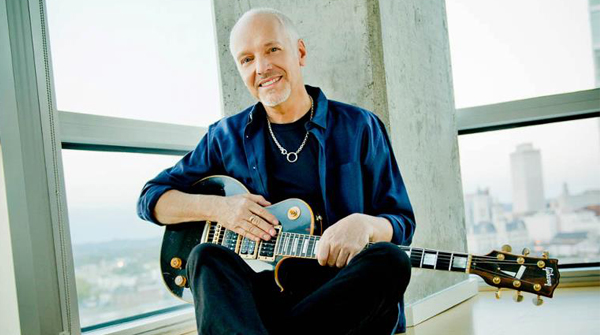 Peter Frampton 'Live In Detroit' is to bereissued on March 26th on Blu-Ray, DVD and Digital Video by Eagle Rock Entertainment.

The live show was filmed in high definition at the Pine KnobAmphitheatre on July 17th 1999 and featured one of Frampton's manyclassic bands which included John Regan (bass),Chad Cromwell (drums), and the late BobMayo on keyboards.

'Live In Detroit' features the GrammyAward winning guitarist/recording artist presenting over two hoursof music culled from his extensive playing career and featurestracks such as 'Baby, I Love Your Way,' 'Do You FeelLike We Do,' 'Show Me The Way,' 'Somethin'sHappening' and '(I'll Give You) Money.'

Additionally, 'Live In Detroit' includesa bonus interview with Frampton as well as previously unseenrehearsal footage of 'Boot It Up,' from the recent 'FCA!35' tour.