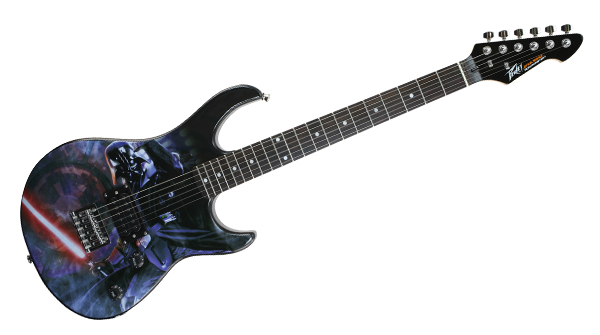 Peavey is set to pay tribute to the Star Wars film franchise at this year's San Diego Comic-Con with a new range of licensed guitars and accessories. The new line is suitable for players/collectors of all ages.

(PRESS RELEASE): Peavey ElectronicsÂ®, industry-leading musical instrument and audio equipment manufacturer, is pleased to release a line of licensed guitars and accessories adorned with graphics based on the legendary Star Wars film franchise. The products are to be unveiled at this year's San Diego Comic-Con International.

'Star Wars is a giant in the world of film, TV and video games, and the same can be said of Peavey in the music industry '“ so this collaboration just makes sense,'