Peavey is Celebrating the 20th Anniversary of its Legendary 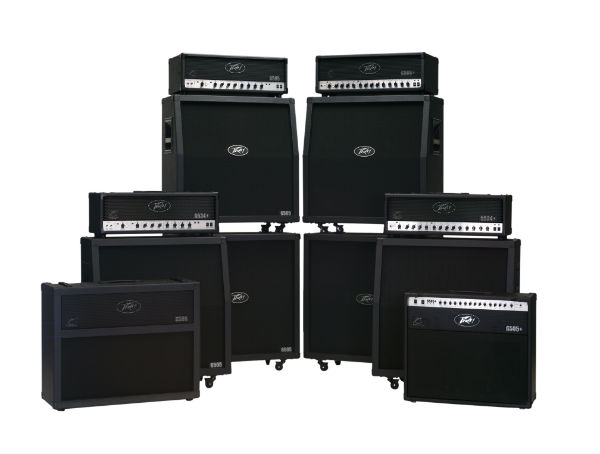 Peavey is celebrating the 20th anniversary of its legendary  6505 Series guitar amplifier line, the amps that have defined the sound of aggression in music for two decades.

"The Peavey 6505 Series has earned its place in rock history as the guitar amplifiers of choice for a wide range of top rock and metal artists," said Hartley Peavey, founder and CEO of Peavey Electronics.

The Peavey 6505 has helped define the down-tuned sound of modern metal in the arsenals of artists like Machine Head and producers such as Colin Richardson, Andy Sneap and Jason Suecof, who have produced the most enduring metal and hard rock albums of the past two decades.

"The 6505 was the first amp you could plug into for that heavier, thrashier tone," said Sneap.

One of the keys to bringing metal's new lows to the masses was Peavey's patented Resonance circuit, which keeps the extreme low-end tight where other amps cannot. Resonance causes dramatic changes to the low-end response and allows the speaker to recreate the extended low frequencies with clarity and punch. Resonance is still a key ingredient of the 6505 sound today.

"When you throw in the Resonance, you almost get an extra sub-harmonic that is below where the bass is," said Richardson, whose credits include Machine Head, Chimaira and more. "They're some of the heaviest tones I've ever tracked."

Machine Head's Robb Flynn has used the amp since the recording sessions for his band's debut, Burn My Eyes, in the early '90s. "We were trying to get a modern, heavy tone," he said. "And when we came across [the 6505], it was crushing. It's got a really incredible midrange growl that works so well."

The 6505 legacy continues today with an artist roster that includes Bullet For My Valentine, Asking Alexandria, All That Remains, Black Veil Brides, The Devil Wears Prada, Bring Me The Horizon, August Burns Red and more.

Added Flynn, "Now that guitar tone has pretty much defined a generation of guitar tone."