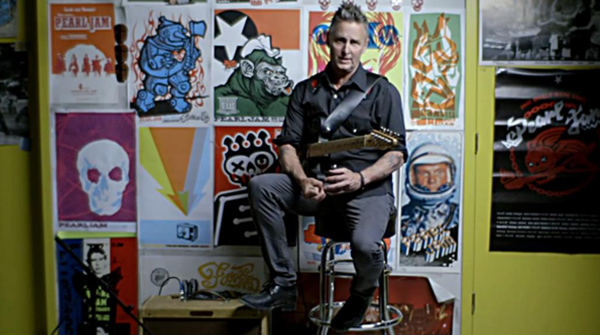 Pearl Jam will release their new album 'Lightning Bolt' on October 15th in the US (October 14 internationally) marking their long awaited return and their first studio release since 2009's 'Backspacer.'

In a new interview guitarist Mike McCready explains the inspiration behind single 'Mind Your Manners,' which is set to feature on the grunge luminary's 9th studio album.

"It's my attempt to try to make a really hard edge-type Dead Kennedys-sounding song," says McCready (via Hennemusic).

"I wanted that kind of aggression and that kind of feel in that song, so I came up with the lyrics 'Mind Your Manners'. Jeff [Ament] brought in a lot of his real punk rock kind of bass ideas of starting and stopping'¦the kind of school he comes from is that; I came from more of the metal thing but always wanted to dive into the punk side."

'Mind Your Manners,' the lead singe from Pearl Jam's forthcoming album, was released earlier this month.