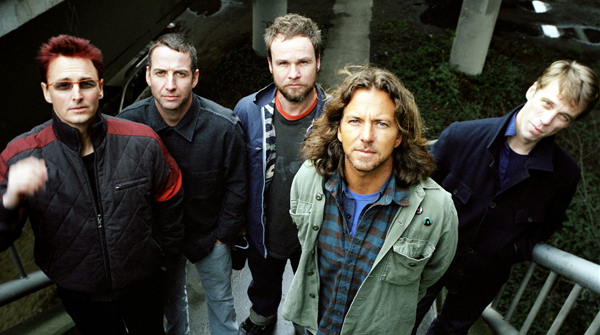 Yesterday Einziger tweeted a shot of himself and frontmanEddie Vedder from a studio session,tweeting:

"In the studio with my girl and Eddie Vedder, recordingstrings for Pearl Jam's new album."

Over the past year various members of the Seattle grungegodfathers have commented on the album's progress and most recentlyMike McCready told Rolling Stone the band hopeto have the new record, their first since 2009's'Backspacer,' out this year.