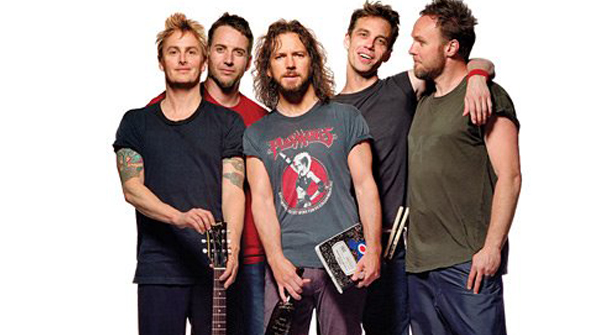 A new series of live recordings by grunge veteransPearl Jam is to be released under the title of,'Instant Classics.'

On September 30th, Pearl Jam returned toMissoula for the first time in 7 years to perform for Senator JonTester, himself a long-time friend of the band.

Not long after the performance the band declared the show an"instant classic" and asked if it could be made available to fansfor a limited time.

As of 6th November and ending  13th November, Pearl Jam'sperformance for the Senator will be available for sale in MP3format only for $4.99 at www.pearljam.com/goods (normally $9.99).During this same timeframe, the proceeds of sales of this show willbe donated to The Poverello Centerin Missoula.

Pearl Jam have been working sporadically on a new album howeverthere is no release date set for the as yet untitled follow up to2009's "Backspacer", but guitarist Stone Gossard told earlier thisyear that the band hopes it will be out in the first half of 2013,"if all goes according to plan."

Kick Out The Jams with Mudhoney (Live from Missoula2012)